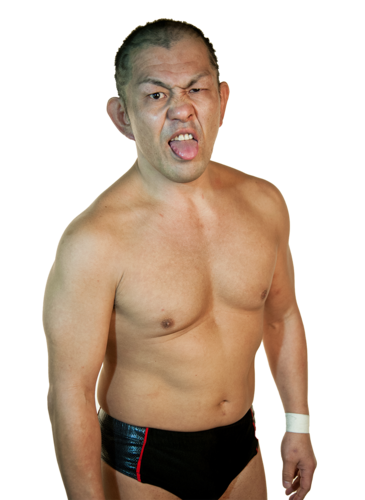 All attempts to describe Minoru Suzuki can’t help but feel hyperbolic, such is his awe-inspiring history between - and outside of - the ropes. He is the co-founder of Pancrase, one of the first mixed martial-arts promotions, for a start.

Holding two MMA wins over an in-his-prime Ken Shamrock, Suzuki can lay claim to being more dangerous than the most dangerous man on the planet. He subsequently translated his unhinged, sh*t-kicking revolutionary style back to the wrestling world in 2003, during which time he has been awarded two Wrestling Observer Match Of The Year prizes.

People are going to get badly hurt any time Suzuki enters a WCPW ring, but at least it’ll make for a pretty sight.