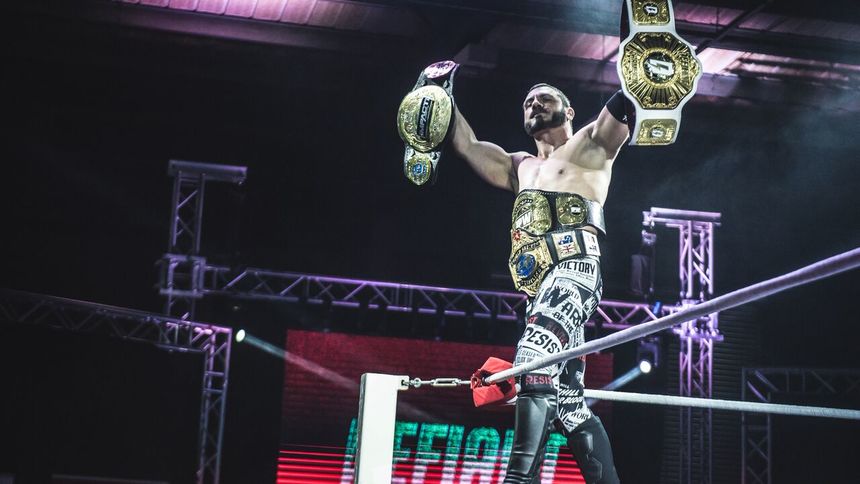 Towards the climax of a pulsating contest, Kirby locked Aries in the champion's own Last Chancery submission hold - the same move Kirby used to tap out Aries during the Team Defiant vs. Team IPW 5-on-5 at Chain Reaction. When the bell rang Kirby released the hold thinking he had once again claimed the gold, only for the referee to hastily inform him that Aries had not tapped and he did not call for the bell.